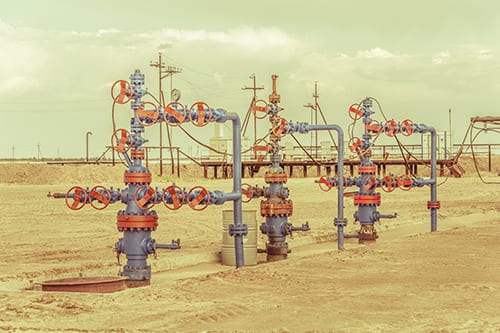 A water sample from a Wyoming production well was sent to ChemTreat R&D to perform corrosion testing and identify a suitable inhibitor program. The well has had two tubing string failures because of severe general and localized corrosion.

Primary corrosion failures were located below 3,000 feet, presumably because temperatures are above the oil’s wax appearance temperature (WAT), but not hot enough to form a stable, non-porous iron carbonate passive layer. Corrosion is likely being caused by carbon dioxide.

The tests were run at 60°C and 650 rpm to simulate field conditions. The products tested were PT2700, PT5734, and PT2016. All products were dosed at 100 ppm after a two-hour baseline measurement had concluded. The corrosion testing was performed using C1018 mild steel coupons.

The results of the testing indicate PT2016 showed the fastest and best protection for these conditions compared to PT2700 and PT5734. PT2700 and PT5734 also performed well but required more time to reach an acceptable corrosion rate.

PT2016 is currently being batch-fed weekly at a dosage of 3,000 ppm. Results have shown a decrease in iron numbers being recorded at this well.