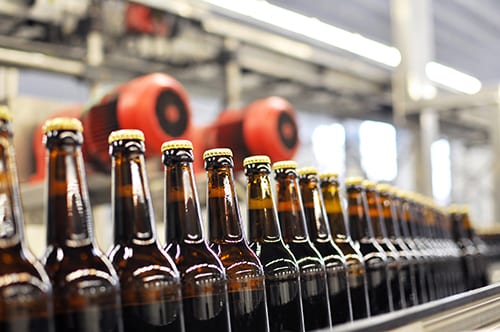 A bottling plant in Monterrey, Mexico was experiencing false bottle rejection because of the high level of foam formation in glass bottles caused by the conveyor lubricant, resulting in increased production cost and lost revenue. They installed a soft water rinse station to address the problem, which increased water usage by 12.9 m3 per month. Additionally, some areas of the conveyor line were experiencing falling bottles because of the poor lubricity that the competitor’s lubricant provided. The average friction coefficient of the competitor’s lubricant was 0.18, with some instances exceeding 0.2.

Two full-time employees per shift were required to pick up fallen bottles. The conveyor was cleaned once per week for more than eight hours and presented biological growth at the end of the week.

ChemTreat also employed its low foam product to mitigate the issue with bottle false rejection on the UV inspector equipment.

Conveyor cleaning was reduced from weekly to once every two weeks, providing an additional 16 hours per month for increased production or allowing reduced personnel to achieve the same production goal.

These improvements resulted in customer savings of approximately $100,000 USD.