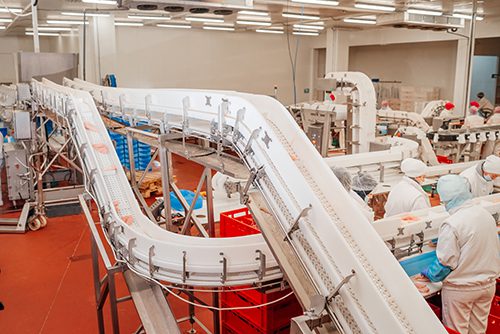 A meat production facility in the Midwest was struggling to control high total suspended solids (TSS) levels in their effluent, which was causing increased wastewater discharge fines.

For food & beverage facilities, wastewater treatment is one of the most difficult processes to control. This can often be attributed to the frequency of process changes to meet production and market demands.

After struggling to meet effluent TSS targets in their dissolved air flotation (DAF) system, the plant asked ChemTreat to perform an audit of their wastewater treatment facility to troubleshoot their systems.

Thanks to ChemTreat’s optimizations, the facility was able to reduce monthly surcharge fines by approximately $11,000. Optimizing the RTC DAF system and chemical application for more robust automation helped reduce chemical dosing by 20–30%. According to plant management, enhanced control of the wastewater system has allowed this facility to allocate staff to other areas of the plant while maintaining a high level of environmental stewardship and compliance.

CTVista+ graph showing the decrease in effluent TSS. ChemTreat conducted the site visit on July 25–26, after which the TSS levels have been consistently in range 94% of the time.