Corrosion is caused by metals attempting to return to their natural state. It can be present in many forms, including localized or pitting, uniform metal loss, bi-metallic, galvanic, underdeposit, and microbiologically-induced corrosion (MIC). The process starts when surface irregularities, stresses, or compositional differences result in the formation of a corrosion cell (anode and cathode). Once started, corrosion at the anode causes metal to be released into the system or redeposited locally. Pitting is particularly problematic because the local loss of metal can result in through-wall perforation of piping and tubing. As corrosion products precipitate on critical heat transfer devices and insulate the metals, efficiency loss can occur.

Zinc is a powerful cathodic inhibitor that works very well even in aggressive cooling systems with issues such as low hardness, low alkalinity, and high chlorides and sulfates. Zinc-based treatment program performance can be improved by combining it with inorganic phosphates (orthophosphate or polyphosphate) and organic phosphates such as phosphonates (HEDP/PBTC). Zinc is often selected for systems with evidence of pitting-type corrosion.

One of zinc’s disadvantages is its aquatic toxicity and zinc discharge regulations in certain areas. However, this chemistry can play an important role in corrosion mitigation by itself or in combination with other corrosion inhibitor chemistries.

Since chromates were banned from use in cooling systems because of human health hazards, phosphate-based corrosion inhibition treatments have become the programs of choice for the water treatment industry. The phosphate source comes from an orthophosphate such as phosphoric acid and/or inorganic polyphosphate such as TKPP or SHMP. Orthophosphate is mainly an anodic corrosion inhibitor and hence works synergistically with zinc cathodic inhibitor. Polyphosphates are predominantly cathodic corrosion inhibitors that work well in combination with orthophosphate. ChemTreat’s inorganic phosphate treatment chemicals incorporate advanced high-performance polymeric dispersant technology (such as our proprietary Quadrasperse®) either as a blend or separately to prevent the buildup of calcium phosphate, iron, or zinc scales on critical heat exchangers and lines. Most of ChemTreat’s stabilized inorganic phosphate treatment chemicals contain yellow metal inhibitors such as TTA, BZT, or our proprietary HST chemistry and may also contain phosphonates for calcium carbonate scale control.

All-organic treatment programs are frequently used in systems without pH control, which have a tendency to form scale as opposed to corrosion. As a result, attention to mineral scale control is critical. At the higher end of the pH and Langelier Saturation Index (LSI) ranges, the various combinations of phosphonates, polymers, and dispersants in a one-drum combination product are typically satisfactory for system corrosion and scale inhibition. Supplemental ChemTreat dispersant polymers or blends will be required as the hardness, alkalinity, pH, cycles, and heat load severity are increased.

Molybdate/nitrite/silicate/borate: These chemistries are mainly used in closed loop cooling systems for corrosion inhibition. Molybdate (MoO4-2) combines with iron ions formed at anodes to produce a molecular ferric-molybdate film at the metal surface. If molybdate residuals are properly maintained, the film will eventually cover the entire metal surface. Research also shows that molybdates acts as a pitting inhibitor with its ability to accumulate within the acidic part of a pit and block that corrosion process. Nitrites (NO2–), which are generally restricted to closed cooling water treatment, actually passivate metal and cause it to form its own protective layer. Silicates react with metal ions at the anode to form a protective film. Sodium tetraborate pentahydrate (Na2B4O7•5H2O) is an anodic inhibitor that protects ferrous metals from corrosion. It is thought that borate produces a ferric-borate layer on metal surfaces, encouraging the formation of ferric oxide, which acts as a barrier to ion transport, particularly ferric ions, away from the metal surface. A relatively weak inhibitor, it is typically used along with other inhibitors like nitrite or silicates. A key feature of borates (metaborate) is they provide good buffering capacity for pH slightly above 9.0.

ChemTreat FlexPro®: Considering some of the drawbacks associated with phosphate-/zinc-based programs, ChemTreat has undertaken a multi-year research effort to develop truly non-phosphate and non-zinc corrosion inhibitors. The result is our high-performance, sustainable, and non-fouling FlexPro product line of flexible corrosion inhibitor that reacts directly with metal surfaces to form a persistent passive film and provide superior corrosion inhibition. This technology is backed by multiple global patents and more than 1,500 unique applications spanning across various industry verticals such as steel, refining, chemical/petrochemical, power, commercial & institutional, etc. The majority of FlexPro® products are phosphorus-free and zinc-free. Some products do contain low levels of phosphorus or zinc to meet customer requirements.

Azoles: Tolyltriazole (TTA) and benzotriazole (BZT) are the nitrogenous organic molecules that have become cornerstones of yellow metal corrosion inhibition. TTA and BZT inhibit the cathodic corrosion reaction on copper by forming a thin barrier film on the metal surface. This chemisorbed film involves direct bonding of the azole chemistry to the copper surface. One of the drawbacks of TTA/BZT chemistries is that the residual chemistries and films are susceptible to degradation in the presence of higher levels of halogens (chlorine, bromine, etc). To account for the losses caused by higher halogen levels, higher levels of TTA/BZT may need to be carried in the system.

Halogen-stable triazole (HST): ChemTreat developed halogen-stable triazole chemistry to address the stability issues associated with TTA/BZT chemistries in the presence of high halogen levels. HST chemistry provides superior yellow metal corrosion inhibition compared to TTA and BZT and does not degrade in the presence of high (and inconsistent) levels of chlorination/bromination. On-site azole measurement has always been a challenge for water treaters, so ChemTreat has also developed a patented reagentless test method for our HST chemistry. Superior chemistry, coupled with an accurate field test method, makes this the inhibitor of choice for yellow metal corrosion protection.

As all cooling systems are different, contact our team for help assessing your specific cooling treatment needs. 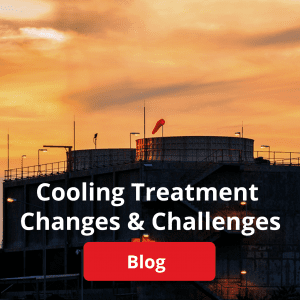 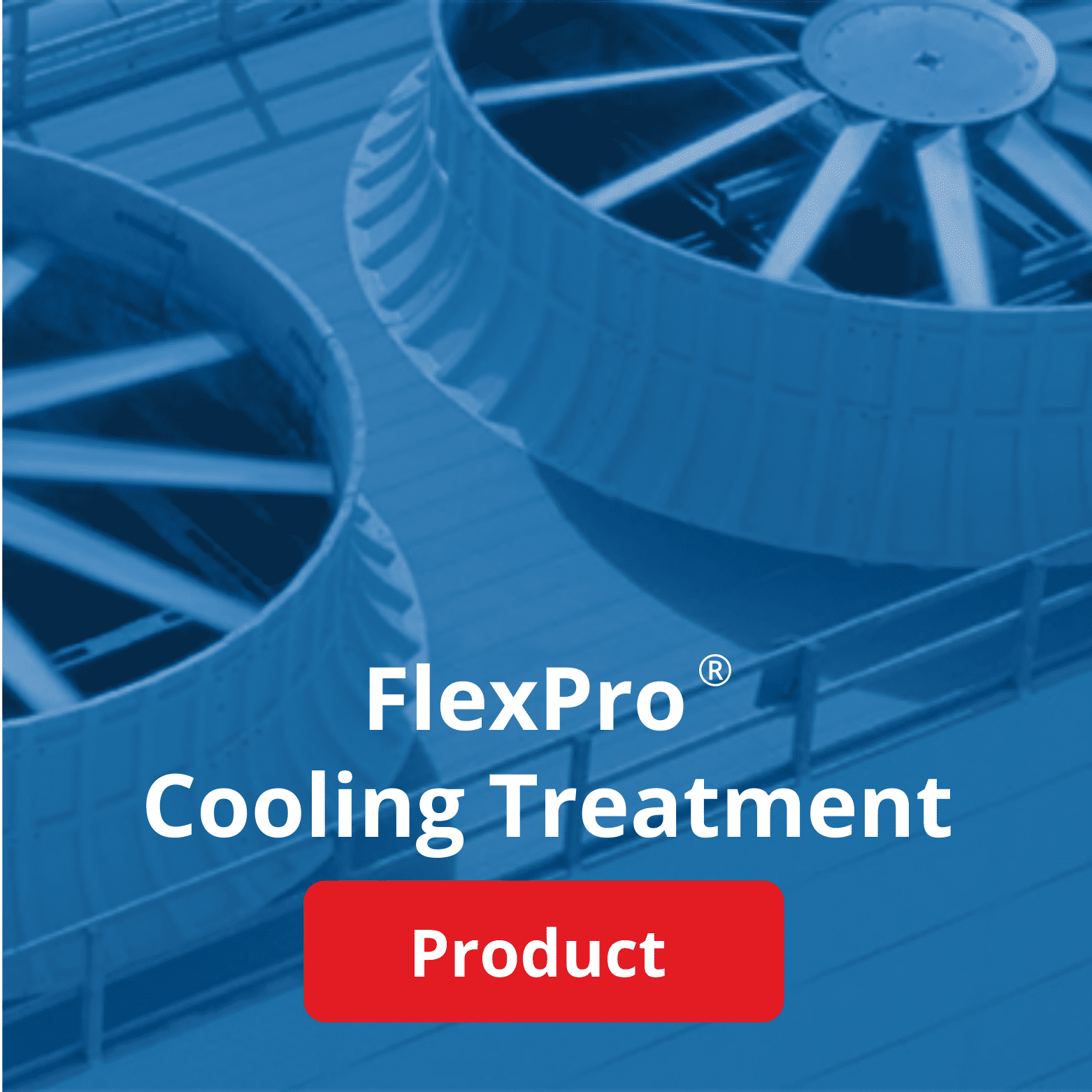 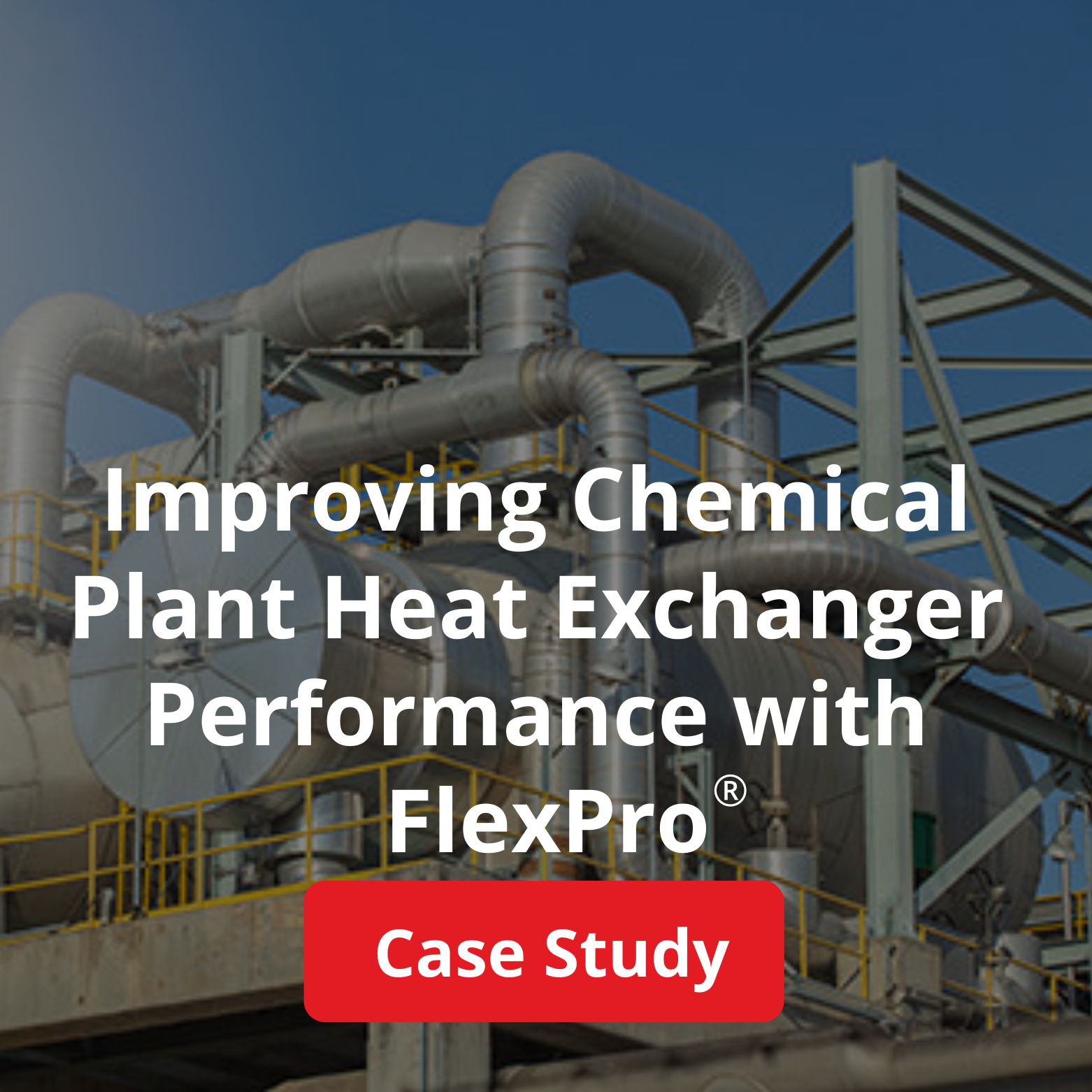